Ham Stuffed Twice Baked Potatoes a delicious side dish to your every day meal. So much easier than you may think. 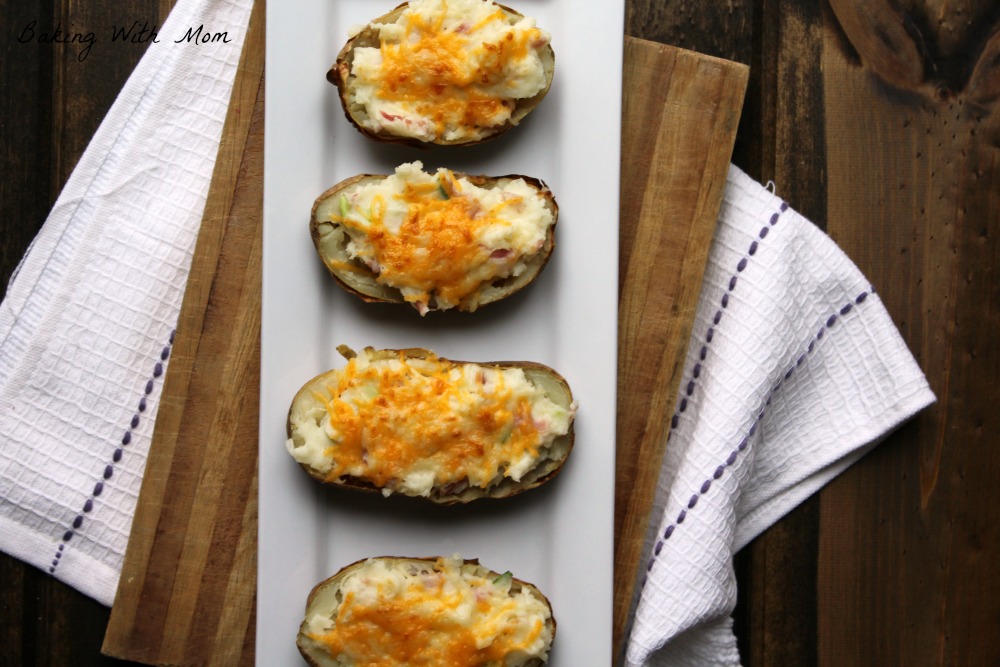 *This post contains affiliate links. If you click on a link and make a purchase, I will receive a small commission. You can read our disclosure here.

I was inspired by a package of freshly sliced ham and the desire to eat a potato. What can I say, I look for inspiration everywhere. 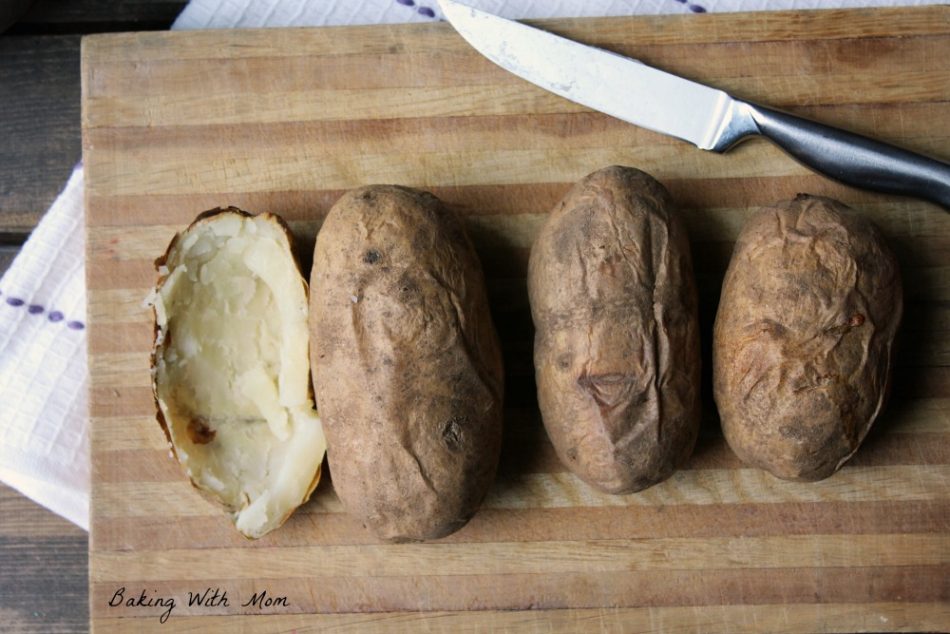 The best part about this recipe is the majority of it is just putting the potatoes in the oven to cook. They bake in the oven at 425* for an hour and in the meantime you make something else like these Easy No Bake Peanut Butter Bars or this One Dish Hamburger Macaroni - for your supper, right?

Well, the thing about Twice Baked Potatoes are the ingredients you can add to it. You can add just about anything you want to it. In these potatoes, I used green onions and ham. The flavor was amazing! 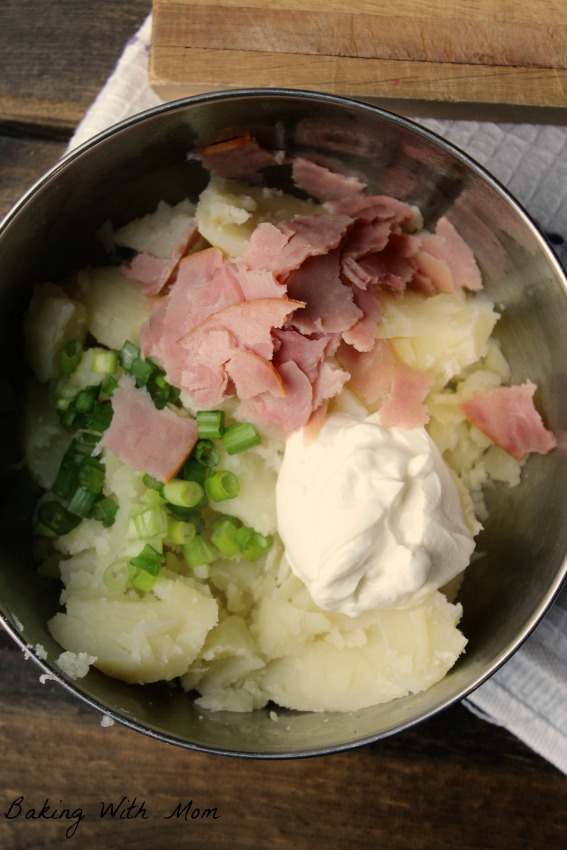 After the potatoes cook (and make sure they are completely cooked), scoop out the insides with a spoon or an ice cream scoop. Place in a bowl with a scoop of sour cream, ham pieces and chopped green onions. Then blend with a hand mixer. I just got a new hand mixer for Christmas to replace my 20 year old mixer we got for our wedding. Oh, new can be so much nicer. The difference in how much better the new one works compared to the old one almost makes me want to dance. Almost. ;-) 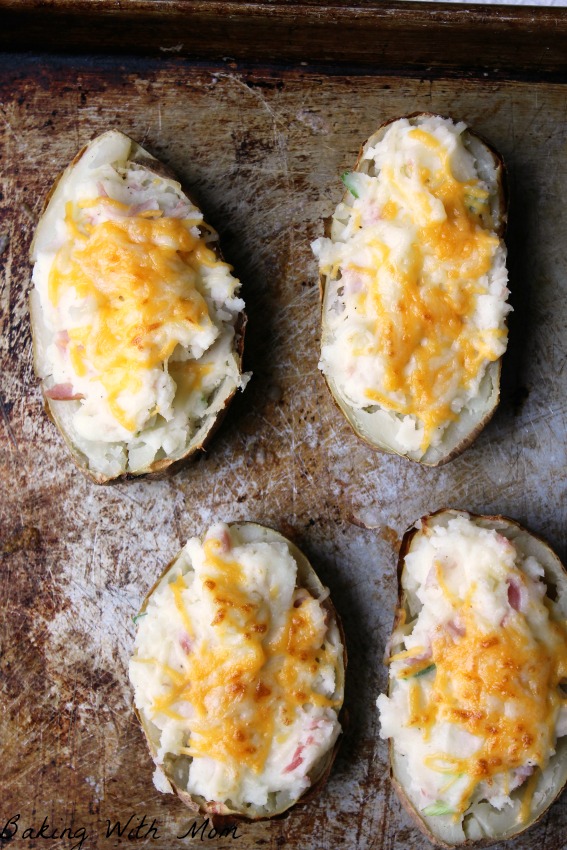 Replace the mixture into the potato skins and sprinkle the cheese on top. Then broil in the oven for a few minutes until the cheese gets bubbly. Oh, enjoy. The potatoes are flavorful and the side dish is perfection. 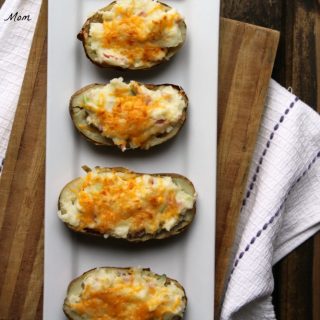 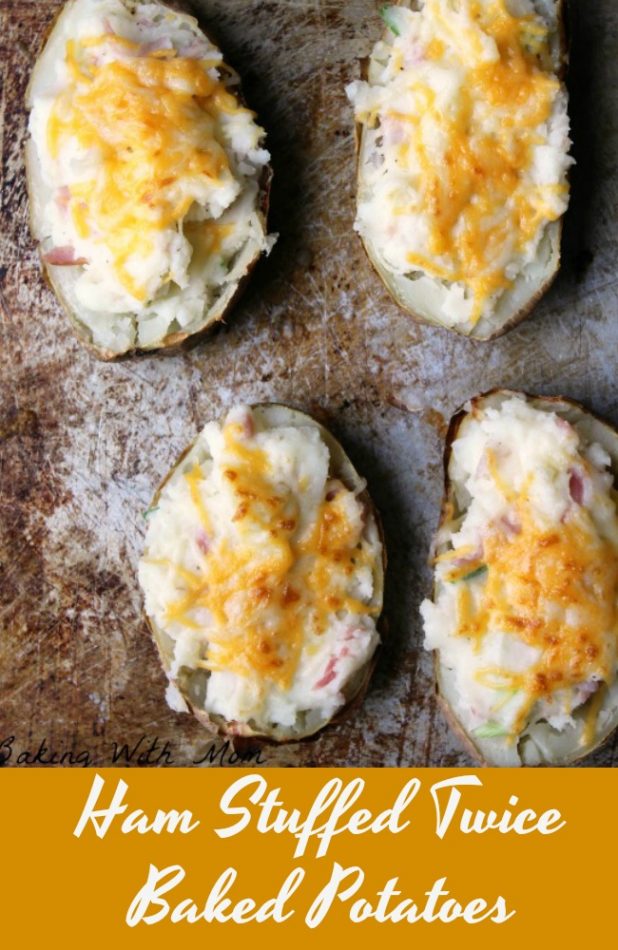