This cinnamon coffee cake has it all. It has a delicious brown sugar cinnamon swirl in the middle and it is easy to make. Delicious! 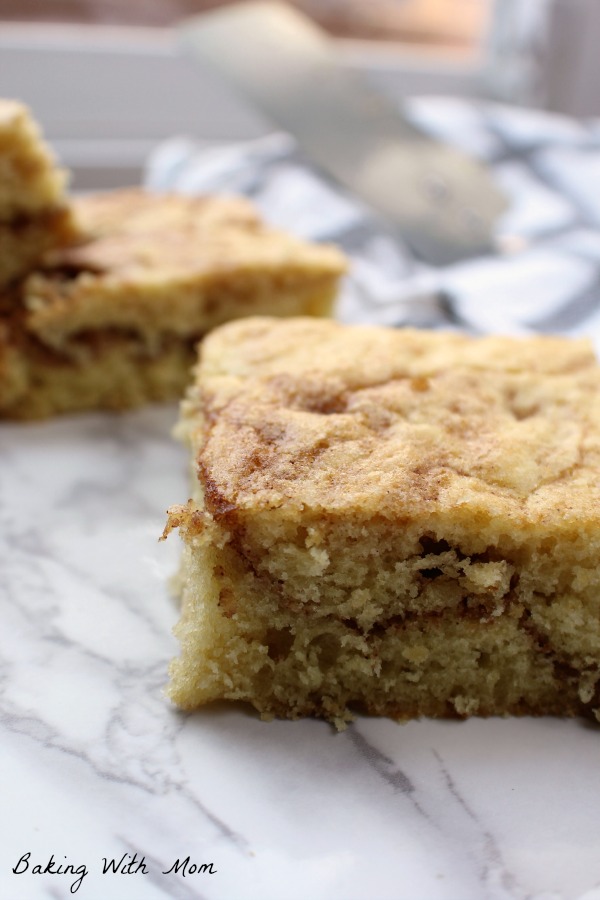 This cinnamon coffee cake is my go to easy recipe. It has a ribbon of brown sugar/cinnamon in the middle and it is easy to make. I like it because it can be made on a day off of school or when it is a school day. It doesn't take long to whip this breakfast recipe together.

It is also the favorite of a certain 16 year old.

What is in this cinnamon coffee cake?

The coffee cake recipe has all the basic favorites of a coffee cake. It has brown sugar and cinnamon. It also has the basic flour mixture. It also calls for sour cream. If you have some, I recommend using it. I have also substituted vanilla yogurt in place of the sour cream.

If you want to, you could also play around with the amount of white sugar the recipe calls for. The brown sugar makes the coffee cake plenty sweet. I put a cup of sugar in, though it certainly could be taken down to ¾ cup.

Does coffee cake have coffee in it?

Coffee cake was named coffee cake because it is meant to be served alongside your coffee or tea. Some recipes do have coffee in it, but this one does not. You can read more here for coffee facts.

How do you make the cinnamon coffee cake?

To make this coffee cake, mix together the butter, sugar and salt. Then add in the eggs, vanilla and sour cream. 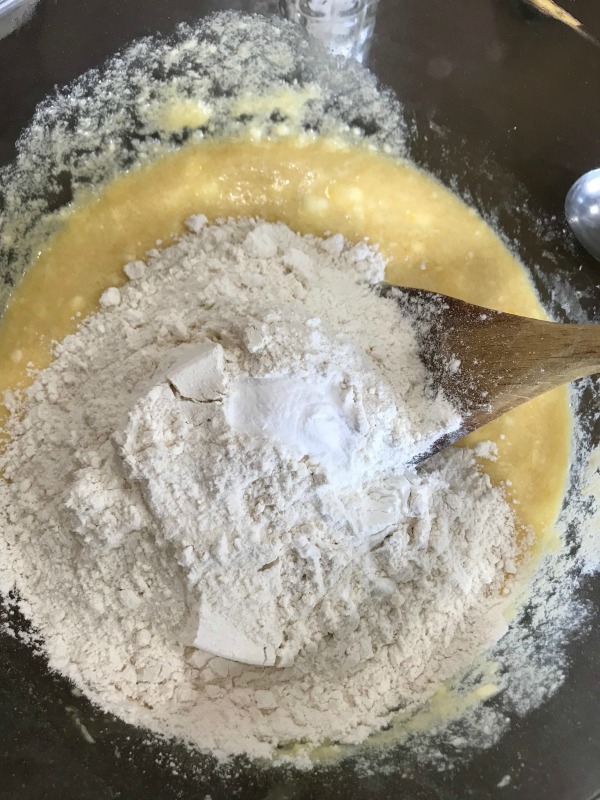 Then add in the flour mixture. Pour ½ of batter in a greased 9x13 cake pan. Then sprinkle on the brown sugar/cinnamon mixture. Then put the other half on top.

**Note** The batter you spread on top will not completely cover the brown sugar mixture. That is okay. It will rise up and you will end up with coffee cake goodness. 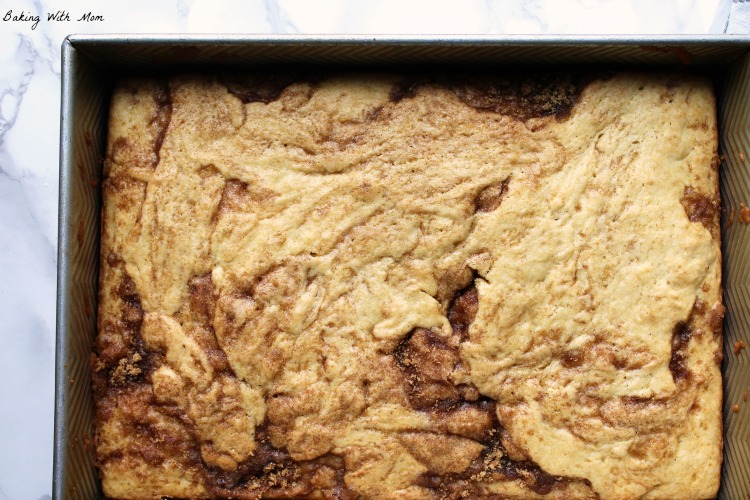 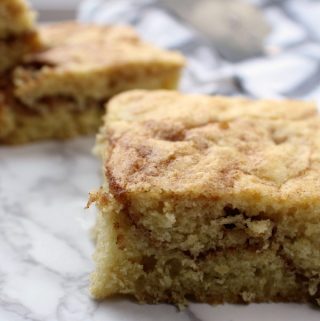 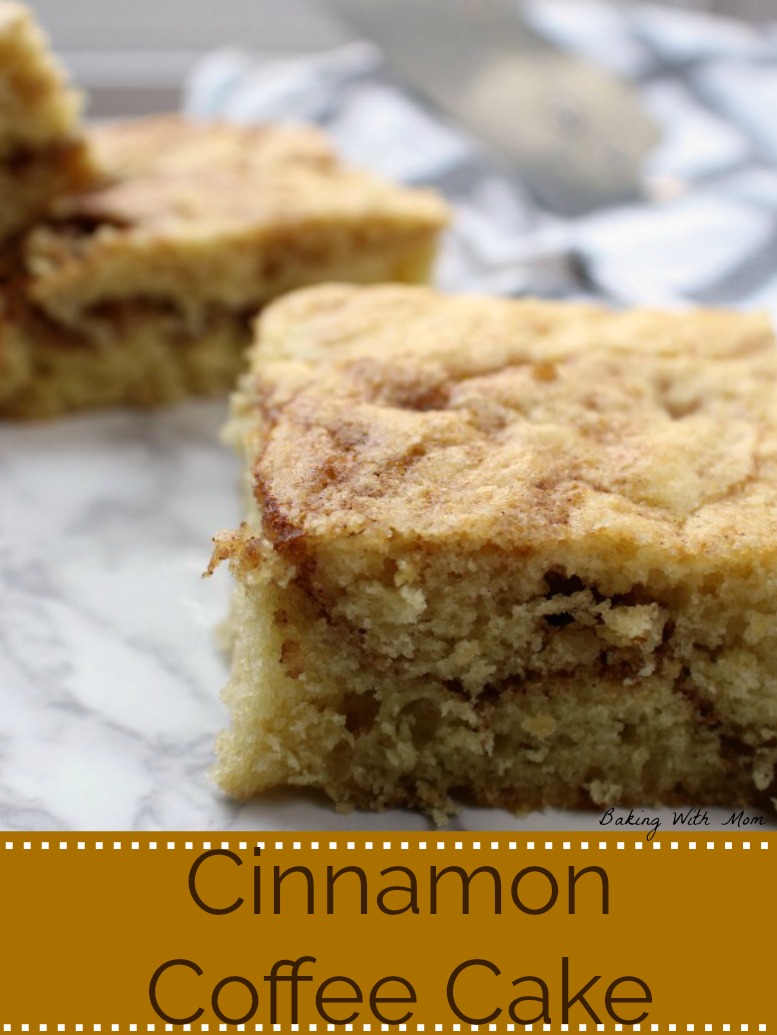