Applesauce puffs are perfect for breakfast or brunch.  Start with a biscuit mix for easy preparation. They won't last long at your house! 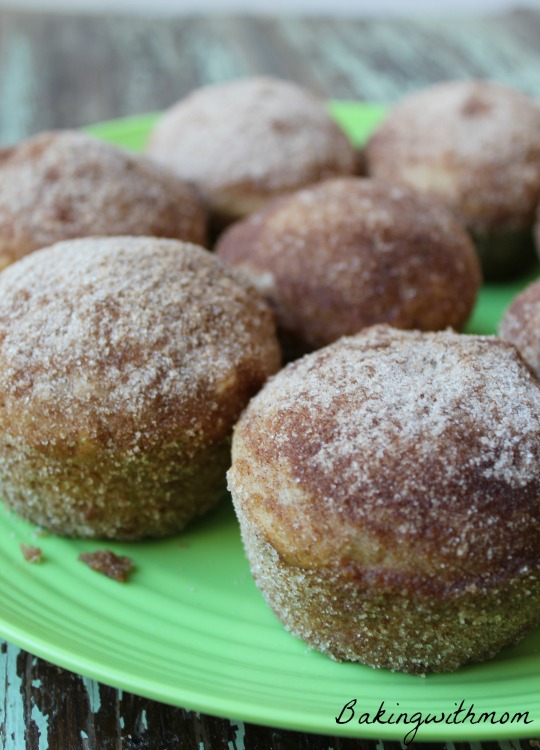 Applesauce Puffs are muffins rolled in butter and cinnamon sugar. Enough said, right? They are like eating a cinnamon sugar donut. (However they are much easier to make!)

I made these one night while we had our breakfast for dinner. I wanted to try something new (as usual). The applesauce puffs are a lot like the popular French Puffs I make except these start with a biscuit mix. You also add applesauce to the mix instead of having to add a lot of oil so that is a healthier.

Of course, you may loose some of that benefit when you roll the muffin in butter and cinnamon sugar. Shh, don't tell. ;-)

When I made these, I knew they would be a hit with the family. I didn't realize they would be wiped out in one sitting. Well, actually we had one left. Ryan was working on his MTA at a friend's house and when he got home he devoured the last one.

Oh, well. Next time, I guess I should make a double batch. 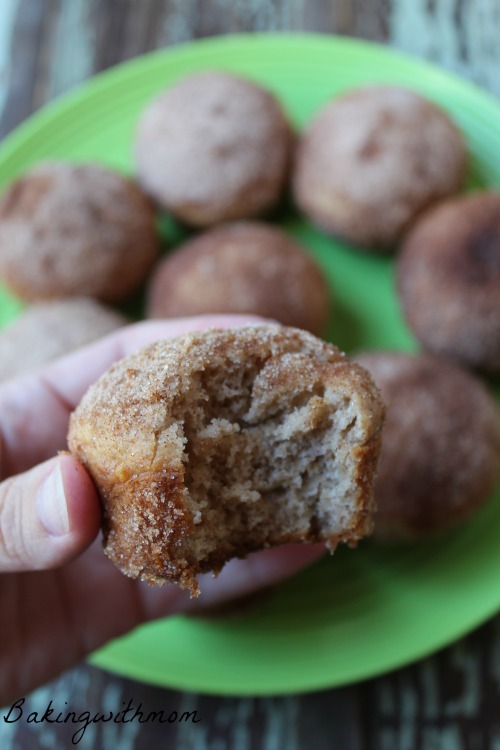 Applesauce Puffs Are Easy To Make

As I said, it starts with a biscuit mix. You can use a homemade mix or a store bought. I used a store bought mix because I happened to have some in my pantry. Why, I'm really not sure, but I went with it.

There aren't very many ingredients and you can certainly substitute the milk for almond milk.

Try making them. Actually, this would be a great recipe for your children to try their hand in the kitchen! These muffins were moist, flavorful and became a family favorite. You can use a regular sized muffin pan like this one or a mini muffin pan (which, by the way, this one holds 24 muffins. Brilliant!).

**Want to see what I Pin? Follow Baking With Mom on Pinterest for more Family Friendly Recipes!**

A Step By Step Applesauce Puffs Video For You! 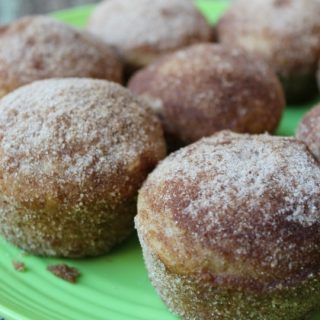