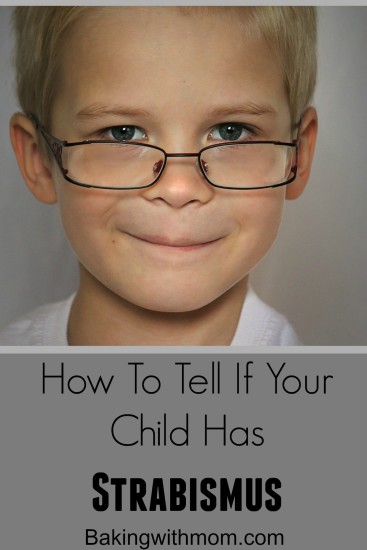 When our first child was born, Ryan, we had all the ideas and dreams that any parent would have.  He was going to be perfect with no faults or flaws.  He also was going to obey all the time, read by the time he was 3 and eat everything we put on his plate.

He does eat everything we put on his plate. ;-)

Thankfully, he was born healthy and strong with only a few minor issues.  He had jaundice and had to be sent home with a bili-light.  {We called him our glow worm.} He also had a hernia and a hole in his heart.  By the way, this kid is also missing two teeth so he is our most expensive child.  More than the other three combined!

Ryan was 6 months old when we noticed something odd.  If he was tired and would look up, one eye seemed to turn in.  We would blink and look again, and it was fine.  My husband and I thought maybe we were seeing something or imagining it.  I was out to eat with my sister and she noticed it and mentioned it to me.

Honestly, it was with a heavy heart we called his pediatrician.  I wasn’t sure I wanted to hear what was wrong with his eyes.  Was is serious?  Could we fix the problem? Is it temporary?  If you know me at all, you know I was not assertive at all back then.  (I still am not as much as I should be now, however I am getting better.)  So when the doctor walked in, very frustrated, telling me that Ryan was fine, it was truly amazing I spoke up.  The doctor didn’t even look at him.  I insisted Ryan was not fine and got him to look his direction. 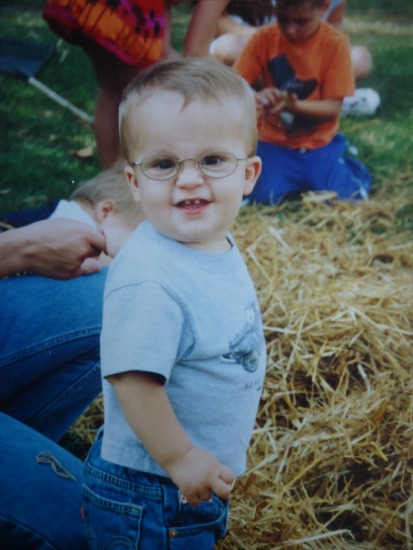 I was right.  (Mom’s are typically right when it comes to the health of their child.) :-)

The doctor saw the eye turning, admitting I was right, and scheduled him with a pediatric ophthalmologist. We have been with her for 12 years.

After going to the specialist (a place we have come to know very, very well), she gave us the diagnoses of Strabismus.

Strabismus is when the eyes aren’t aligned properly.  It typically isn’t caused by a muscle issue, but has to do more with the brain controlling the eyes.  It sometimes is a genetic issue.

After a few appointments, I was told Ryan would have to wear glasses.  Have YOU ever been told to put glasses on a 12 month old?  I remember sitting in the eye doctor’s, asking them how I was going to keep these glasses on my child.  The nurse very clearly told me that he would not touch them.  He will be able to see perfectly for the first time.  He would leave them alone.

You are right, I didn’t believe her.

Skeptical, we went to pick out the glasses.  Sorry if this offends anyone, but I did not want the plastic, bendy glasses on my child.  If he was going to have to wear them, they would be nice, normal glasses.  On a 12 month old.  Oh, I was determined. :-)

When the glasses came in, I put them on him.  This 12 month old baby touched them one time.  He never bothered them again.  He could see.  Not only could he see, but his eye was looking straight and did not cross.

One of the most touching moments of my mom life was when I brought him home.  We sat down on the floor and I opened one of his favorite books.  He exclaimed: Oh!

He saw the brightness of the colors and shapes for the first time. I cried.  I had no idea his world was blurry and unfocused. 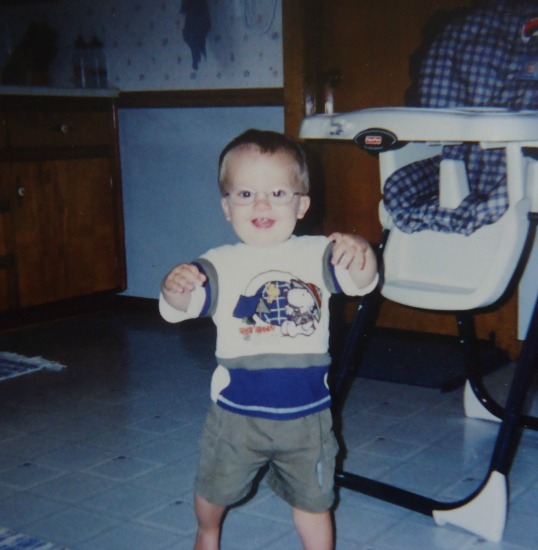 This is my old, old kitchen from our house on the prairie. So old, see the phone hanging on the wall with the cord? :-)

Do you know what else he did that day?  He walked for the first time.  Ryan was almost 13 months old and wouldn’t walk because he couldn’t see.  Part of strabismus is depth perception issues.  In other words, how far down was the floor? (More on that later.)

I am going to have a series of posts on our Strabismus struggle.  We have patched his eyes, he wore bifocals and Ryan has had eye surgery.  I will also talk about the rude adults we have encountered.  Ironically, the children have been great.

So, can you tell if your child has Strabismus?

::Watch to see if their eye turns even slightly when they look at you or tries to focus on an object.

::Are they doing the normal activities for their age or do they seem hesitant?

::Do they squint when they look at something?

Unsure?  Get their eyes examined.  You are their parent.  If you think something doesn’t seem right, go get an eye test done.  If I would have let the doctor tell me all was fine, how much longer would it have taken to get Ryan the glasses he needed?

Do you have any questions for me?  Feel free to ask!

Hey There, I’m Kim!  I’m mom to 4 growing kids so I understand busy! Here you will find recipes that are quick, simple and can get on the table fast.

Busy Family? Yes, Us Too…